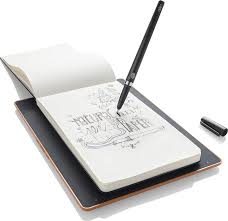 More than any other time in the history of Nigeria, this is definitely the time to restructure the country territorially and constitutionally in order to legitimize it as a true sovereign state.  It should be noted that since about 200 to 300 ethnic groups were forcefully put together by the British, Nigerians have never been allowed to decide the manner in which the country should be structured and governed.  Therefore, technically, Nigeria is not an independent country despite the claim of sovereignty until the ethnic groups which constitute it are allowed to freely decide the nature and fate of the country. “Independence” will only take place after Nigerians freely determine Nigeria’s existence.

Nigeria has not been able to move forward due to the fact that it has many structural and governance problems that inhibit its growth. As a result, whenever it takes one very positive step forward, it ends up taking three steps backward.   This is why Nigeria is still being described in terms of its potential rather than by its actuality.  The following provides the reasons why restructuring is absolutely essential for the development and modernization of the political, economic and social institutions and governance of the country:

Based on the enumerated points above, it is obvious that an increasing number of the Nigerian population  are no longer satisfied with the current state of the country.  Consequently, there is a need to conduct a referendum so that Nigeria’s 200 to 300 ethnic groups can discuss the fate of the country freely in a democratic manner.  Therefore, the view by President Buhari and others that Nigeria is indivisible is not a convincing one.  The argument for indivisibility of Nigeria has been shattered by the fact that the United Kingdom (UK) which is a member of the European Union (EU) decided to quit the union as its citizens felt suffocated by the policies and actions of the EU.  Based on the desire of British citizens, Mr. David Cameron held a referendum to decide whether the UK should remain in the EU or leave.  The citizens voted to quit the EU.  If the British people who created Nigeria during the heydays of the British Empire can decide to quit a political arrangement which does not seem to satisfy their need, why can’t Nigeria’s 200 to 300 ethnic groups do the same if a political arrangement created through military imposition is suffocating them?  By allowing the referendum to go through, the UK has opened the gate for the Scottish and Irish people to decide in the nearest future whether they should continue to remain in the United Kingdom or go their separate ways.

Indeed, a referendum is needed in Nigeria to avoid Alhaji Gwarzo’s view that:

The Christians in the north such as the Berom, the Tiv, the Kataf, the Jaba, the Zuru,             the Sayyawa, the Jukun, the Idoma and all others are nothing and the Muslim minorities in the north, including the Kanuri, the Nupe, the Igbira, the Babur, the Shuwa Arabs, the Marghur and all the others know that when we are talking about leadership in the north and in Nigeria, Allah has given it to us, the Hausa-Fulani (Ibid.).

A country made up of 200 to 300 ethnic groups can only stand united as a sovereign nation when all groups are treated equally, regardless of ethnicity, region, and religion. Nigeria must be restructured to satisfy the aspiration of all Nigerians, not just one or two groups.